Summer approaches and a subtropical storm named Alberto has already made landfall on the northeastern coast of the Gulf of Mexico soaking Florida and Alabama.

It was late August of last year that Harvey made landfall at Rockport, Texas and dumped heavy rains to its east. Lake Jackson had 24 inches as I recall but some of the best was yet to come as Houston’s 51 inches headed downstream in our direction.  It has only been nine months. We know people in Lake Jackson who are still putting their lives and homes back in order.

This was what we saw when we went to visit a friend whose home had been flooded. Virtually everything they owned was piled in front of the house. But there were also about fifteen cars parked in the driveway. People from Chapelwood and The Center were there to do all they could to help with the cleanup.

END_OF_DOCUMENT_TOKEN_TO_BE_REPLACED

Growing up in Jacinto City, Texas, I was well within the urban lasso of Houston, yet I was insulated from its cultural amenities by barriers of transportation and income. Downtown Houston was a 30 to 45 minute bus ride from Jacinto City with lots of stops along the way for pickup and dropoff. We could do a few of the things that were free such as the zoo, the public parks, the art museum, and the free concerts at the Miller Outdoor Theater in Hermann Park. But those were rare occasions and I grew up without an ear for good music, with the barest exposure to the visual arts, and no experience with drama beyond the plays I saw on our high school stage.

My participation in the arts did not improve much as an adult after moving into the city proper and having a better income of my own. This reduced the impact of the barriers of distance and income but did not eliminate them completely.

Then, in 1982, we moved to an exurban area of Brazoria County – south of town, Lake Jackson. We were far enough removed from Houston that its urban amenities were virtually out of reach. For the kids in the poorer homes in our area, they were distant dreams if they were dreams at all.

But not long after arriving here, we learned that the performing and visual arts were available, affordable and a quick three mile drive down Oyster Creek Drive to the Brazosport Center for the Arts and Sciences.

My posts have tended to dwell on the things we have done wrong politically, socially and economically and continue doing wrong. Those things form the basis of the pieces carrying the title Our Bitter Legacy. But, of course, there are some things we are doing right. The Brazosport Center for Arts and Sciences is one of them. It argues for recognition that we are also at work on our legacy of hope.

END_OF_DOCUMENT_TOKEN_TO_BE_REPLACED 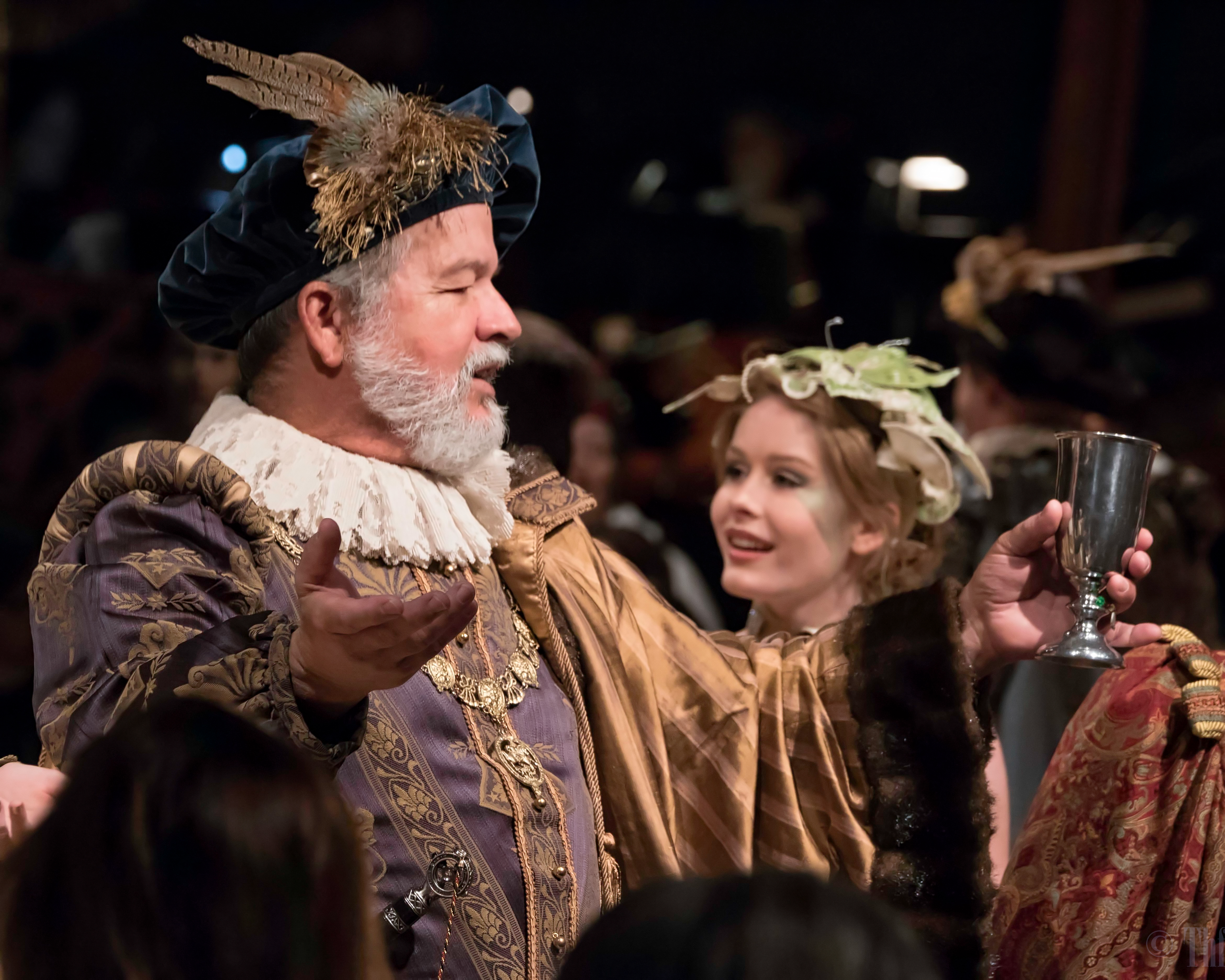 Link to the photo on Flicker.

The committee that will produce EMF 2018 gathered last night to begin their serious planning for the 2018 feast in the Dow Arena Theater in November. Get ready for the auditions in late August or early September. In the photo above are two of my favorite photo objects from 2016, Mr. Marc Davis and Ms. Summer Hughes.

It is a joy to photograph this event: color, light, costumes, decor, actors who act, dancers who dance, singers who sing. And they allow me to lurk around wherever I wish and take as many pictures as I want. They even let me take my big camera to the dinner on our night at the table. No flash. Just a lens that will take in enough light to make a decent exposure. This was taken at the November 27, 2016, performance from the back of the room through the castle’s window. It was one of the first times to use my new 70-200mm lens.

And, of course we expect the Earl’s special guest to be invited again. She is always splendidly dressed.

This was taken the same afternoon with the same lens. Forgive me for cancelling the color. The black and white does a better job featuring the construction of her elegant costume by Cheryl Fowler. 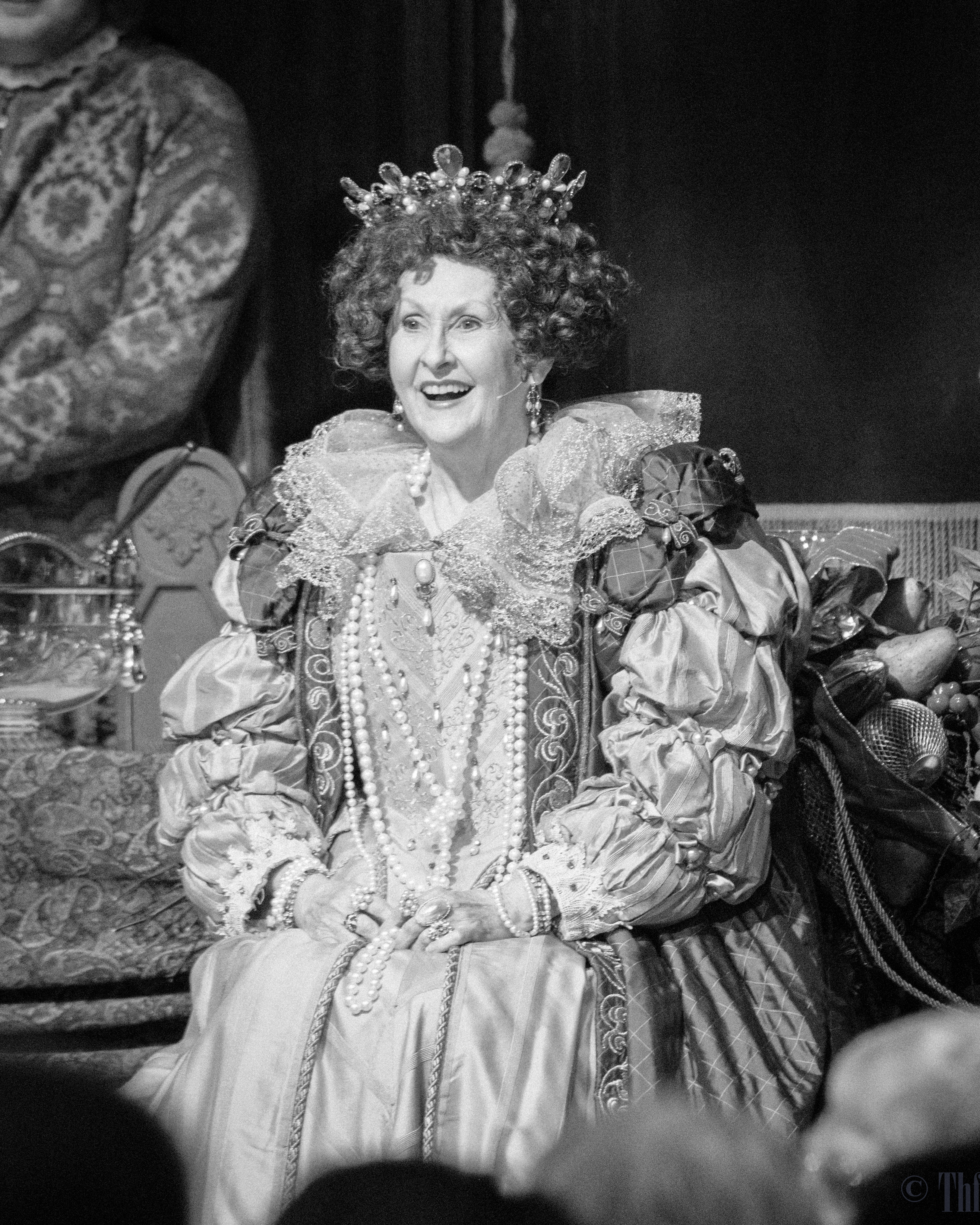 I began this journal after I deleted my Facebook account. I had been a dedicated Facebook user. There was no better communication tool available to fill that niche between mass media and face-to-face interactions. I shared a lot of photographs, mainly from our community theater, Brazosport Center Stages, and from our church youth group. I also did my share of celebrating our beautiful, talented grandchildren with occasional Facebook posts. They were, by my design, nameless and homeless in the eyes of strangers, although I was always careful to limit the distribution to “friends”.

I did the total wipe on Facebook. I don’t doubt the files are still out there as backups or as research data for some “university professor” serving a front for a marketing firm or Vladimir Putin. A blog offers only a bit more privacy. At some point, it will be open to the public and most of what I post will be there for all the honest world to see.

So there are some things you may as well know from the start. There is no need to go to all the trouble of developing a psychographic profile based on assumptions about my friends, likes, and ad clicking. So allow me to save you (and perhaps Mr. Putin) the trouble.  I am a United Methodist Christian, born once and only once into the faith at the age of six kneeling at the altar with my parents in Jacinto City Methodist Church. I am a Democrat, have always been a Democrat and your suasions on behalf of some other party will probably be wasted on me. I do not hate or even mildly dislike Republicans. I live among them in Lake Jackson, possibly the most conservative 1,609 square miles in the country, and although they caused me lots of discomfort with barbs about Democratic presidents, I don’t hold that against them because I deliver a few aimed at their Republican heroes from time to time. Not feeling the safety in numbers that they feel, I deliver most of my barbs in the privacy of my home.